The opening show will feature traditional Japanese performing art such as Kabuki, combined with projection mapping to create a spectacular opening act.
In the second half, a new work by THE FOX THE FOLKS from Indonesia, which won the Grand Prix last year, and a work by up-and-coming young creator Yuta Okuyama, recommended by Daito Manabe, will be screened. Both are young creators in their 20’s who will lead the next generation, and their guest works, which will create a stir in the future scene, are also worthy of attention.

In addition, 19 finalists' works will be shown on the official YouTube channel, and you can participate in the judging for the Audience Award by "liking" the works.
The jury to determine the world's best will be a lineup of eight experts from Japan and abroad (to be announced soon), and after rigorous screening discussions, this year's Grand Prix will be decided on the final day of the competition.

The 19 finalists of the “ 1 Minute Projection Mapping Competition” will be posted on the official YouTube channel. An “Audience Award ” will be given separately from the regular Grand Prix through your votes.

Tokyo is rich in diversity and unique world-class traditions and culture that have been passed down through generations. The unique Japanese view on nature, aesthetics, and spirituality that underlie these traditions and cultures will be expressed through unprecedented entertainment that combines traditional Japanese performing arts, including Kabuki, a representative of Edo culture, with modern production techniques. 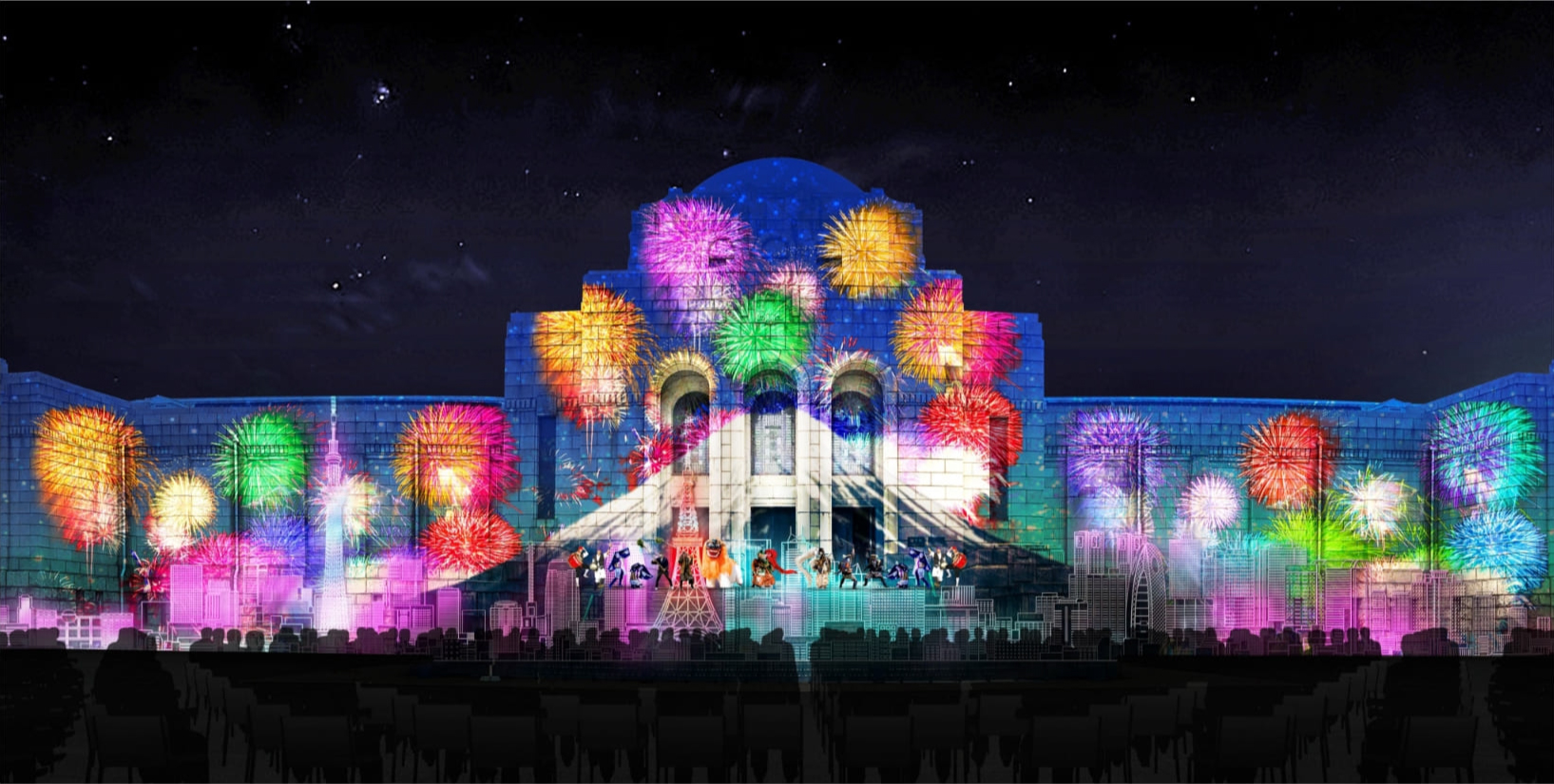 「Joy and Glory」
From Object To Studio（Thailand）

「Life is the flower of desert」
Dolphin animation（China）

「AD ASTRA」
THE FOX, THE FOLKS

We are all born from the same source, we all live and learn from our surroundings.
Sometimes it takes courage to dream and to do something different, something no one else is doing.
We must have a clear idea of what we want to accomplish and make the utmost effort to face any difficulties or problems.
First, we must realize that our greatest enemy is ourselves and face it.
Accept where you are, where you belong, and who you are.
Let us be prepared to start moving toward the stars, to shine, and to contemplate the difficulties ahead.
And take pride in the fact that we have overcome all difficulties.
Everyone sees us shining to get closer to our own dreams.
We break out of our molds in every area.
And then we move on to the next dream. Because, after all, we are the shining stars of our own lives.

We focused on the organic behavior of the system itself, which interacts with each other and maintains equilibrium as if it were alive.

This work attempts to find beauty in complex interactions by constructing a computer simulation of an object composed of primitive shapes, visualizing and exaggerating its response to force and the resulting movement's effect on space.